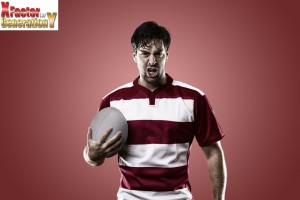 We are currently in the middle of the 2015 Rugby World cup. Twenty teams are battling to win the coveted Webb Ellis trophy. Fitness, speed, talent and most of all, aggression, are the key components to winning. Aggression and passion to win are paramount and without this, teams will return home defeated and broken. Aggression in this ‘workplace’ is expected.
In the office and in day-to-day life the story is much different, acts of aggressive behavior are much more subtle than a 260lb opponent trying to bring you to the ground and take you out the game! Sometimes the aggression is very subtle, not easy to identify and can cause poor working relationships, delays to tasks or in extreme cases, a decision to leave the company. In my career, I have met many interesting people. Some are easy to collaborate with and some show hostile or passive aggressive tendencies. I have learned many of the lessons the hard way. This is the blog that I wish I had read 10 years ago to help me identify the behavior early and provide techniques to avoid disruption to my tasks and projects.
Passive aggressive behavior – this behavior is very subtle and you will hardly notice it. This is like a rugby tackle from behind. For example, the work colleague commits to completing a task and then does not follow through. They agreed to your face and said ‘Yes’, but inside they were secretly saying ‘No’. These individuals are shy, do not push back on requests and hate confrontation. These individuals are far more deadly to your work success than the hostile aggressive. With the passive aggressive person, you never know what they think and what they will do.
How do you spot this behavior? – Firstly, understand that although the behavior can be frustrating the individual may not know they are doing anything wrong. There are three distinct types of passive-aggressive behavior and I have experienced all three in my career. There may be more however, these three groups have helped me identify the behavior early and develop techniques to work better with these individuals – with different measures of success!
Knowledge Warden – This person will withhold vital information that you require for your task. They will commit to completing the task by an agreed date but will not. Your task may be delayed as a result of their missed deadline.
How do you tackle this behavior? – Ask the person to commit to one or two tasks only, no more. Secure their agreement and confirm in writing to the committed dates. Follow up before the task is due and continue to follow up on these one or two tasks. If delayed then address the person and ask why the task was not completed on time. Keep good written records of all interactions with this individual, you may need these records later if you escalate to your manager or in extreme cases, the person has to be dismissed. We are all busy and I understand that writing formal notes can be tiresome however; if you do not document the agreements, you will regret it later.
Unresponsive Aggressor – This individual makes no response in meetings and will not commit to decisions. If the discussion in the meeting is fast-paced then their true thoughts will not be revealed. Without their verbal commitment, you will never know if they support the idea or task. Their intention is to frustrate or impede the process so that you are delayed. How do you tackle this behavior? During the meeting, ask the Unresponsive Aggressor for a verbal commitment to the task, if they make a comment regarding the commitment then record their words verbatim. You may have to remind them of their commitment in the future if they block further. Build rapport and better relationship with this person to understand their point of view.
Waffler – This person talks too much and sometimes strays off topic and tries to divert the discussion to something else. They command too much of the meeting and before long the allotted time is over and the meeting is finished. The Waffler has pushed the decision or task to a later date and avoided making a decision.
How do you tackle this behavior? Have a clear agenda before the meeting, explain the time allocated to each topic and say that you will respect everyone’s time and keep to the arranged meeting agenda. If the Waffler engages in their monologue then politely interrupt to bring them back on task again. If the Waffler is your manager then keep the agenda to one key item that requires a decision. This will help keep the focus and avoid the waffle.

Learn to spot these different behaviors early. The earlier you identify the behavior the sooner you can tackle them. Remember that many times the individual does not know they are being disruptive. If you push them too hard you may be seen as the aggressor!

Making Steps and Leaving Footprints…
(The thoughts expressed in this blog are my own and do not represent the views of my employer. I would like to acknowledge Skillsoft for the three categorizations of passive aggressive people www.skillsoft.com)